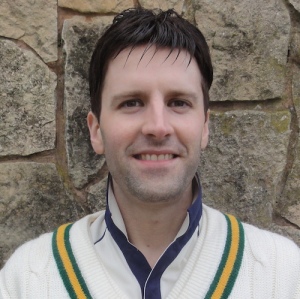 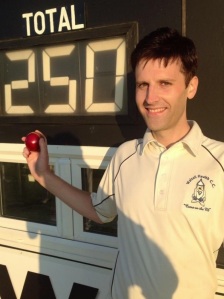 Chris holds more club records than we care to mention but you can guarantee one thing: he knows exactly what they all are. And will be able to reel them off.  Chris has held the record for most wickets in a season (47) since 2006. And is a 9 time winner of the Bowler of the Year Award.

Chris became only the 4th bowler in club history to take 300 wkts with a spell of 5-15 against Blackwood in June 2017. His 9th 5 wicket haul for WHCC

Chris also joined a select group of players to register 200 appearances and has scored over 1,500 runs.

On the 8th August 2021 against Peopleton, Chris became the leading wicket taker in the clubs history. Over-taking the legendary Tim Oliver’s total of 387.  Becoming the first bowler to reach the 400 wicket milestone is now not too far away.