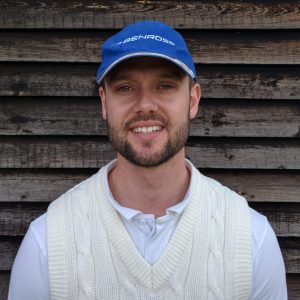 A new addition to the club in 2016, Greg has had a tremendous debut season. Showing fine skills in the field, taking some great catches, and run saving dives, stopping the ball, often hit at a pace. Greg is already a contender for having one of the strongest arms, in club history.

Greg won the fielder of the year award for the second year running in 2017, after producing another spectacular display in the field. His running one handed catch at Breadsall, arguably the greatest catch in club history.

Greg had another solid season in 2019, posting his highest score to date (43)…and was the inaugural winner of the WHCC 100 metre final, coasting home to beat what looked like a top class field. Including speed merchants like Dan Dunn and Steve Philpott trailing well behind.