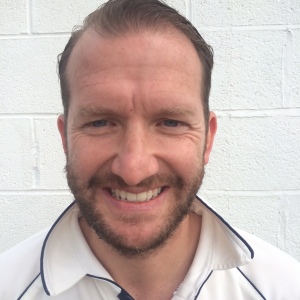 Rob Hewlitt made his debut in 2012, scoring a Century in his first year at the club.

In 2015, Rob joined a select group of players to have scored a century, and take a 5-for, completing the double at Solihull Municipal.

The 2016 season saw Rob elected as Captain of the club, taking over the role from Dave Preece. Rob was also voted Player of the Year for the 2015 season, after scoring over 300 runs, and breaking the record for the most catches taken by an outfielder (16) He also passed the 1000 run milestone against Oak n Ash in 2016. Robs efforts have been vital to the clubs development. His recruitment of fresh players, has enabled the team to flourish again.

Rob took his 50th catch for the club in 2019, and has become the Go-to guy for lessons in the dark arts of umpire avoidance.