The last match of the season saw the mighty Walsall Health take on Lapworth. 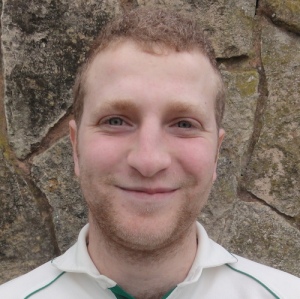 With the rumour mill grinding with talk of Lapworth bringing a strengthened side since being skittled out for a meagre 28 runs in May, apparently their worst defeat for over four decades. With the highly rated youngster Reuben Arnold going through a structured warm-up pre-game, and a succession of six-foot-plus players arriving one by one, it certainly looked a strong team, but would the sum of its parts be greater than the spirit of ‘The Elf’?

With the record books suggesting the team may have enjoyed its most successful in the club’s history, an epic end-of-season match was to unfold.

Walsall opened the batting, with the superb Andy Gorton and mercurial Ian Chuck. And in true Super Gort fashion, the seasoned opener got the scoreboard more than ticking over, hitting 42 runs off 43 balls.

The returning Sam Stephens – so instrumental in May’s demolition – was less destructive with the bat today. But Sam’s eventful afternoon was far from over. The skipper entered the fray.  And, as usual, he delivered a fine batting performance.

David Preece unleashed his classic arsenal of attractive stroke play amassing yet another 50. All the time Ian Chuck, our South African Superstar, was chipping away towards his maiden century. In recent weeks iChuck has put in some brilliant performances with the bat, however, this was truly the embodiment of saving the best until last.

With the innings coming to an end it was the bold running and unselfish play of Rob Hewlitt keeping Chuck on strike and Commando Rolling and diving to safety after running a single only the athletic Hewlitt could deliver.

So the imposing Lapworth attack was roundly despatched for 235. And of that total 32 extras and a measure of petulance gave us a chance to shine as a Team.

Although this was a home fixture the game was being played at Rushall rather than Aldridge due to pitch availability. And our back room team delivered another unbeatable performance.

The Greatest Tea ever? Part one

Shannon Simmonds: Opening the teas with a strong shot selection of sandwiches.  Refined skills with the crusts cut off.  And an enviable repertoire of ham, cheese, tuna and salmon.

Rachel Gorton: The star performance in the middle order. A bold and expansive selection of pizza, samosas, spring rolls and chicken nuggets to name a few of the tasty treats.  In summary belly-busting brilliance from this catering all-rounder who is just as skilled with a jug as she is with the buffet table.

Siobhan Preece: The skipper’s wife finished off a sterling tea performance with a hat-trick of butterfly cakes, scones and lemon cake that bowled us all over.

The Greatest Tea Ever? Part two

Surely a call up to the Great British Bake Off is pending!?

So the very full Walsall Health take to the field, to be confronted by young rising star Reuben Arnold.

Our opening bowlers went about their task to contain the scoreboard and duly did.  Nathan Martin – the coolest Angry Man – delivered his best bowling performance of the season and, although there were no wickets for Martin or fellow opener Sam Stephens, chances were created and after 16 overs they relinquished a miserly 52 runs.

Every member of the team excellent in the field. Prepared to put their bodies on the line to stop runs on a bobbly and bumpy pitch, there will be some no doubt nursing some, bumps, bruises and grazes this week.  And by the end of the game our skipper and Ian Chuck could barely walk, yet never once did their efforts wane in the field.

It was century man Chuck who got the breakthrough wicket and saw the end of Lapworth’s danger man, although Richard Fell’s patented ‘Moon Ball’ came very close to this honour after some challenging overs.

Jonathan Preece – three wickets for Champ to end the season on a high!

Jonathan Preece, The Elf’s King of Spain, graced us with his regal slow left arm trickery.  JP bagged a glorious three wicket haul, frustrating his opponents to the point of a bat and glove throwing hissy fit in the case of Lapworth’s Davies!

Rob Hewlitt has a claim to the throne as the King of Swing containing the opposition despite the short boundary while Stuart Slater, took time out of his International Man of Leisure duties to chip in with a wicket, turning the screw on a Lapworth side that were feeling the scoreboard pressure.

Matt Wright was unable to keep his wicket taking streak alive despite a couple of half chances. The middle order more like a WWE encounter of The Big Show and Batista set about stemming the tide, but they were no match for the Excellence of Execution, Chris ‘The Hit Man’ Hall removing three of Lapworth’s heavyweights.

It must be noted that Sam Stephens took arguably the catch of the season, diving and taking a marvellous left handed catch only for the umpire to claim he never had it under control. It was 100% held and, after a few heated words, the game continued.  In fairness, at this level you would like to think the players word would be good enough.

This didn’t dampen the spirit of ‘The Elf’, simply spurring us on to a satisfying victory to wrap up an excellent season. Everyone contributed either with the bat or ball.  Magnificent as a unit in the field.  Arguably the difference on the day is that we play for each other all of the time.  Some are claiming this to be the ‘Golden Generation’. Post-match, skipper Dave Preece said: “This was a really fitting way to round off the season with contributions coming from throughout the team to secure a hard-fought win against strong opposition. “The team spirit this year has been immense and in this game, as throughout the season, every player contributed at one point or other to spur the group on. Ultimately, another genuine team effort. Acarn spake. We all carn spake.”

Man of the match: Ian Chuck – maiden century, took a key wicket and fielded through injury.

Top bowler: Tough one: Sam Stephens and Nathan Martin bowled amazingly well, while JP did the damage and Chris Hall had nerves of steel at the death.

Rachel Hangover Rating: 6/10. Due to tea duties Rachel exchanged the booze for a buffet.  So not to let the family down Dad, Andy, held up the family name after an indulgent Saturday at the Ludlow food festival.