After the uncertainties of the past few months, it was great that we were all able to play in the annual match between Rushall and Walsall Health in Tim’s memory. Both clubs were a huge part of Tim’s cricketing life, so despite a cluster of heavy showers, in the early stages, we still managed to complete a fun game of cricket. With a good mixture of young players, plenty of Tim’s friends, team mates, and brother Andie taking part in the day.

It was decided that the match should be a 40 over contest, with the option of the batsmen being able to “go back in for a second knock” should either team be bowled out before the end of their innings. The Club Pro, Dan Dunn (and Rushall’s skipper for the day) won the toss and decided the overcast conditions and damp pitch were perfect for his army of seam bowlers. It looked a wise choice, because the Elf struggled throughout their innings to gain momentum.

The list of contenders for the 2020 Dan Duck award is growing nicely, with Greg, Nathan Reeves, DS and Nicka all joining the list of players tied on 1 duck for the season. The best quack of the day, had to go to Greg Philpott. Promoted to the lofty heights of No3, Greg shouldered arms to a Dan Dunn inswinger, only to see his leg stump flattened, (yes, really his leg stump) much to the amusement of young Dan. It was a bit like the comic strip version of Simon Jones to Michael Clarke, Ashes 2005. Superb. 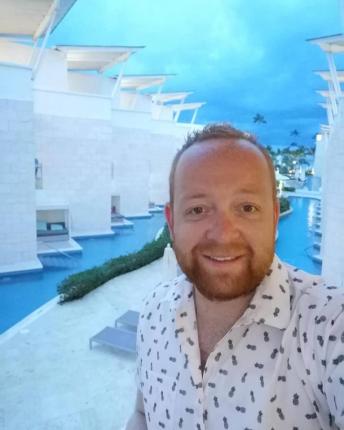 Without a doubt, the highlight of the Elf innings, was from the in form Alex Nunns, who calmly scored the 25 runs he needed to reach his first 1,000 for W.H.C.C. Well batted Alex. There were some nice cameo’s from Rob Hewlitt, and Richard Fell, who both pummeled a few boundaries, to get our score over 100. Rob was lucky to avoid decapitation, after a Leo Chuck bouncer fizzed past his nose. Fell’s dismissal by Warren Foster, was one of those head scratchers, where you just turn around and think, how has that just clipped his leg stump?

A spot of French cricket then graced the RCG, courtesy of Jonty. The Nicholls willow making a rare appearance, to deny John his 138th DNB. Dave Stephens got one that simply didn’t bounce, (unlucky Dave) JP enjoyed himself with a nudge and nurdle masterclass. Tom Davies was all aggression with a lovely cover drive. Then Andy Gorton and Nathan Reeves both returned for a brief second knock, Gort smashing a couple of fours, and Nath getting off the mark for the season, taking us to a final score of 119. Not a bad effort, with the rain interruptions against some decent bowling.

Its fair to say that the Rushall innings faced “A bit of everything” from the Elf’s bowling attack. With a maximum of 6 overs per bowler, Captain Rob threw the ball around the team. DS bowled his customary tight opening spell. Jonty continued his good form, with a lovely controlled spell of 1-22. Including 2 more maidens, which takes John to 395, moving ever closer to a club first of 400. 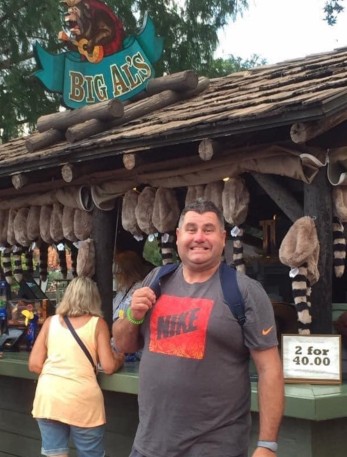 But the man on a mission, was Nicka, who shrewdly decided to switch allegiances for the day. Two weeks ago at Peopleton, The Club Pro, Dan had taken a narrow lead over his Dad for career Elf wkts. Never a man to be upstaged, Nicka, the Master of swing and seam completed a blistering spell of 5 overs 2 maidens 2-10, to regain the advantage in the family title race. The highlight, trapping Dan Armstrong for 22. Always true to his word, Nicka had promised to walk off the pitch the moment he overtook his son, and that’s exactly what he did, with team mate Gary Reeves handing over a nice cool Cobra to celebrate a classic family stitch up, and a job well done.

Scenes from the last time Fell dropped a catch.

The Boston Strangler Josh Butler, Tom Davies and JP all had nice spells of twirlers. While Richard Fell, still trying to fathom out how Warren Foster got him out, and seething from an extremely rare occurence of dropping a catch, took part in a moment that is surely a first for the club….Two nextdoor neighbours batting and bowling against each other (in both innings too!!) Chris Hall came on up the travelator, after a village moment, of warming up with the umpire Dan Armstrong, and enjoyed a good contest with young Smith, who was the only batsman on either side to reach a half century on the day, well batted

It was at this point, that Ian Chuck arrived at the ground, chirping a few words of wisdom to the Rushall batsmen. Strange one that, considering he only made 6 against Penkridge the day before. But full credit to Chuck for a brilliant impression of Phil Mitchell, please explain to us Chucky, why you were trying to carry 7 bottles of beer on your lap of the boundary? Rushall reached their victory target fairly comfortably, but the innings continued for the full 40 overs to make sure everyone had a bat. This enabled a second clash of the generations between Nicka and Dan Dunn. Everyone smiled as the usually composed Club Pro Dan, tried to heave his Dad halfway to Pelsall Common, but could only hit fresh air on this occasion. We’ll call this one an entertaining draw.

The game concluded, with good mates, Greg and Leo having another mini battle. Leo, fuelled up with about 15 bottles of IPA, hit Greg back over his head for 4, then selflessly shouldered arms to a Philpott straight one, to get his good pal into the wkts column for the day. A really fitting way to complete the game. A deserved win for the Rushall lads, playing the game in a good spirit to retain the Tim Oliver Trophy.  Everyone got involved at some point, and it was good just to be out there enjoying some cricket and remembering a much missed friend and team mate….Tim Oliver.

Plenty of Timmy O stories in the bar after the game, but it was Richard Fell’s account of the time he plucked up the courage, (or stitched up) to award Tim the WHCC Duck trophy, that gained the most likes. For those who don’t know, this was at the time when Tim was in hospital, recovering from a serious car accident. A young R.Fell was cherry picked by the WHCC Committee, to walk where no other man dared to walk. Not exactly the traditional grapes or magazines that a patient in hospital usually receives to cheer them up, but as ever, Tim took it in good spirit.

In memory of Hansa, Tim’s loving wife, who sadly passed away recently.