Looking back through the records, our games with Highcroft were never easy. We didn’t beat them very often, both home or away. They always seemed to have a couple of really good players who could take the game away from us. I recall in one particular game at the Colosseum, they brought along a classy Warwickshire “Colt”….J.Thomason, who went on to play County Cricket. He hit a chanceless 50, and looked set for a huge score, until JP took a brilliant caught and bowled to get him out…remember that one?

In 2012, once again at the Colosseum, they hit a daunting score of 255. We were all but gone at 145-7, until Rob Hewlitt playing in one of his first games for the Elf, hit 108. Sharing in a partnership of 86 with Richard Fell, which took us to 231-7, before running out of overs. Their bowlers weren’t too bad either, especially at their place. They would generally have one real quickie, who had a run up that started from the sightscreen, which had some of our batsmen taking their guard from square leg. They were just one of those teams, always nearly, but not quite, in terms of beating them. You just felt, to achieve a win over Highcroft, something really special was required, a brilliant individual performance, a great partnership, or a flawless team effort. Well on the final day of July 2011, it was one of these 3 exploits that created one of the most unlikely comebacks in the Club’s history.

Dave Stephens was our skipper for this game, and to be quite honest, for the whole of the Highcroft innings, it felt like just another Highcroft match where we were always on the back foot. Tabaash. Tez, and Lampard all hit 50’s despite us bowling well. It was Lampard who was overheard by a few of us, saying he had “only played to have a decent net” This comment didn’t go down too well, and set the tone that the Highcroft lads didn’t think we had enough to trouble them. They completed their 40 overs on 199-1, maybe expecting this total was more than enough. To make the situation worse, Skipper Dave Stephens, picked up a bad calf strain in the field, limped off to tea, and reluctantly said he would “bat at 11 if needed”…….please remember this DS comment, because it becomes quite significant in a few more paragraphs.

Maybe Highcroft knew something we didn’t. Because our reply didn’t start too well. After a bright start from Gort 19 and David Preece 17, we collapsed from 41-0 to 75-5. Sam Stephens, Nathan Reeves and Mike Sayers all joining our two openers back in the hutch. Dave Stephens, hobbled over to his kit bag, sensing it might not be too long before he was needed to pad up.

Dave’s premonition was delayed for a while. One of our finest all rounders, Tim Oliver, and fellow legend, Rick Jarrams used all their experience to steady the ship. Sharing in a partnership of 51 to take us to 125-5. It had been hard work though. The run rate had continued to climb, so finally the pressure told. Tim was bowled by Shazad for a defiant 30. Followed by Rick for 10. The wheels had fallen off for a second time, as JP and Nic Slym were both beaten by the now rampant Highcroft attack. That score of 125-5 folded to 130-9……We could have conceded there and then. Captain Dave was injured. So there were a few murmurs of “Save yourself for next week Dave, its not worth it” But Dave has never been a player to shirk the issue, and walked out to join Chris Hall to assess the seemingly hopeless situation.

The situation was quite simple really…..

Throw in the fact half the team believed Dave should be batting with a runner, or not batting at all. It didn’t look very promising. After a quick conference, I can only tell this story as I remember it. We genuinely believed we could still win the game. The plan was to play a few shots, keep running to a minimum, enjoy it, and see where it took us.

The plan seemed to be working. 16 runs came from the 34th over, reducing the target to 54 off 30 balls. But the next 4 overs weren’t quite as profitable. With 6…7…6…and 6 runs being scored. Highcroft weren’t really the type of team who took their foot off the gas, and had kept their strongest bowlers on at full tilt. The equation now stood at 171-8….29 runs off 12 balls. Still a very tall order. From memory, we had said if we were still there at the start of the 39th over, just go for it. I definitely recall saying to Gort, who was umpiring, “I wish we had 1 more over to get these” It looked like it was going to be yet another….Nearly but not quite against Highcroft.

All I can recall from the next over was a flurry of boundaries. Dave was seeing the ball really well by now, and the Highcroft team became rattled. What was that comment about coming to have a net? The short boundary on the leg side got hammered with 17 runs coming to take us to 188-9….leaving us 12 to win off the final over. The whole feeling of the game had suddenly changed, it was going to be one of those overs which isn’t easy to watch. Every ball seemed to take 5 minutes, which added to the tension, because the Highcroft skipper was trying to get the field right. 30 minutes ago, their team had 1 and 7/8ths of their feet in the bar. It was a different story now though.

Myself and Dave only really spoke at the end of each over, a quick fist pump, phrases like keep going, and general words of encouragement to each other. I remember pointing over to Sam Stephens, telling him to make sure the scoreboard was correct after every delivery. The first ball of the final over Dave calmly decided to block, much to the amazement of his son Sam. We just nodded at each other, still plenty of time to get these….12 off 5. Two boundaries and two singles each somehow took us to the final ball of the match needing two runs to win. After 79.5 overs of an 80 over match, it all came down to the final ball. And it was Dave Stephens, the Captain, who had the responsibility of the whole game on his shoulders.

It was as tense a finish to a game as I can remember. When you have fought back from so far behind in any game, you just want to finish the job for all your team mates. The final delivery pitched right in the slot for Dave to middle straight down the ground, all I can remember is the sound of the ball smashing into the metal fence down at long leg for four, with the Highcroft fielder, Chandler diving desperately to save it….but failing. The scenes that followed were priceless, at no point did we ever look like winning that game until the final over and the final ball.

Speaking to Dave recently, he summed it all up by saying… “It was probably the most thrilling and satisfying game I had ever played in. I’ll never forget that feeling of winning from that position, and doing it with a good mate, and watched by my son Sam, was the icing on the cake” 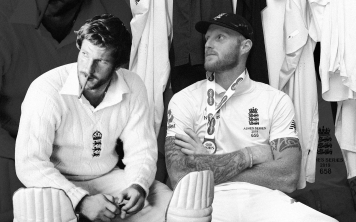 My own abiding memory is walking into the porta cabin changing rooms to sit down and calm down on my own for 5 mins. Only to be greeted by Tim Oliver, wearing that familiar grin of his. He simply smiled, and said “Well batted” Now when Tim said something like that, you knew you hadn’t done too badly.

Fines Commitee was quite lively, as you would expect it to be, after a game like that. And I’m sure everyone remembers the Thatchers Gold that was on tap that evening. It was served like a Slush puppy version, and tasted like Nectar. I think about 30 pints of it disappeared in double quick time. Dan Armstrong, our very own Cider connoisseur would have loved it. The only gutted party had to be Club Captain, Richard Fell, who had popped over to watch the game. The memory of this one is a bit 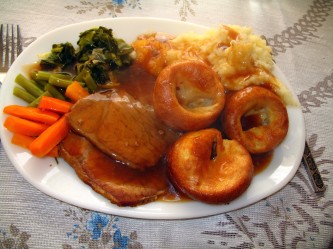 Fell. Missed all the drama.

hazy, but I seem to remember Fell leaving….(To go home and cook dinner) when the 9th wicket was taken, and the game looked all but over. I think he might just have got hammered in fines the following week…..Unlucky Trig.

But it was simply just a great game to be involved in, at a time where we didn’t have a huge pool of players to pick from, and reflected the Never Say Die spirit of the club… Great memories.